Within a few days after this enlistment, he and the regiment marched to Pennsylvania to join the main Army passing through Georgetown and Fredericksburg MD, then through York and Lancaster PA to join the American Army on its retreat from the Battle of Germantown. His detachment was then sent to scout the movements of the British. He was discharged December 1777.

He later served again, as a sergeant in Capt. James Waugh’s Company in the Colchester, Va., defending it from the British. In 1781, he again served in Waugh’s company, marching to join the Continental Army at Yorktown. His company was ordered by General Washington to clear out and repair the road from Colchester to Yorktown for the northern army and artillery to pass on to the siege.

Keep Out - This Is My Room 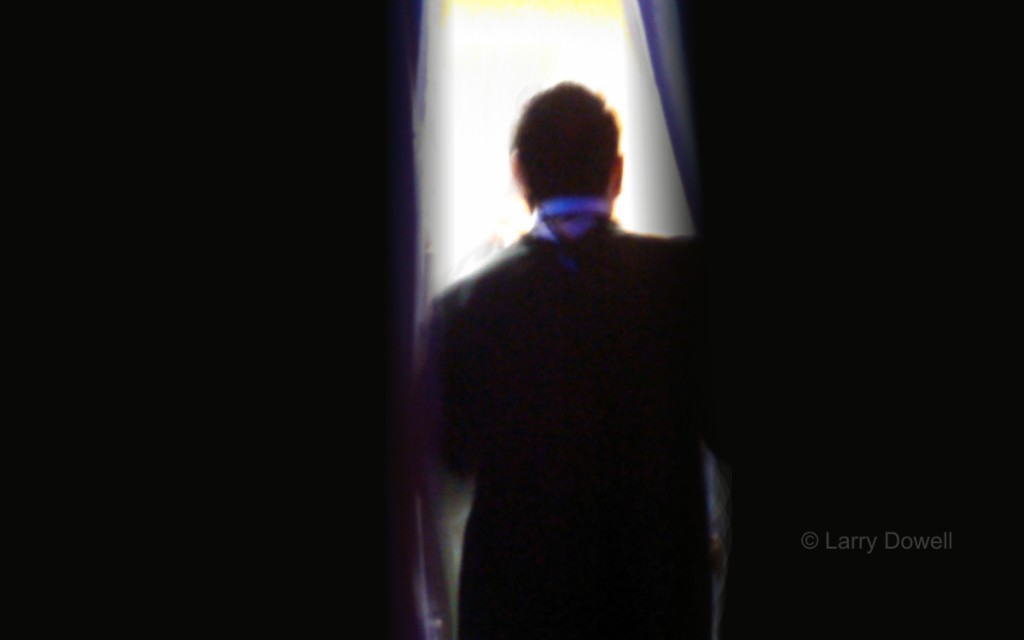 Some years ago, I was working in northwest Austin, so we were considering moving to that side of the city. Martha had her Realtor’s license then and we would meet after work to look at houses. One memorable evening, we went to view a house near downtown Round Rock. We arrived just as dusk was settling into nighttime.

Inside, the house was stuck in the 60’s. It was one of those ‘our elderly parent has just died, so we cleared out their house and put it on the market’ kind of houses. It had the unmistakable dead air aura about it that told us we were not alone. It felt as if it had been sealed up for decades. Even though the house was right off I-35, it was deathly quiet inside.

The house was in the bunkhouse style, with lots of wood paneling and trim. The central part of the house, the living, dining, family area, was all open to the rafters. There were two small bedrooms upstairs, at either end of the house, connected by a narrow bannistered galley walkway along the front wall.

We looked around the forlorn downstairs, then climbed the stairs and looked into the first room upstairs. Then we made the long walk to the other upstairs room. The door was closed, which was odd, because you leave all the inside doors open when you’re showing a house for sale. When I tried to open the door, it resisted. New carpet had been put in and I had to lean against the door and force it across the high thick carpet to get it open.

In that room, the dead air feeling was stifling. The negativity was overpowering. It was by far the creepiest place in the entire creepy house. We immediately turned and walked back out. Before we were even halfway down the long galley walkway, we heard that door moving. We turned and watched it slowly click shut.

With the force it took to open the door, an earthquake couldn’t have made it close on its own. It was absolutely impossible. Something made its home in that room and was determined to keep the door shut. And it had the power to do that.

We set a new record for exiting a house. Yes, we permanently marked that house off our list. I hope that whoever did buy it brought lots of laughter and lightness to it, for it was devoid of any joy. And I hope the spirit who had laid claim that room was released to move on.

Rebel with a Cause, or Two, or Three

In one of my early jobs, I was an Art Director at one of Nashville’s largest advertising and public relations agencies. Unfortunately, that agency did a lot of political work for one party’s candidates, quite dirty political work, as I quickly learned. In one instance, the agency president wrote a press release for a U.S. Senate candidate, creating a scandalous lie about the opposing candidate. The campaign manager remarked that the story would have to be retracted the next day because it was untrue. The agency president said that was fine, for people would remember the lie as the truth and forget the retraction. No, some things never change.

I flatly refused to work on any project for any of that party’s candidates. I simply could not do those projects with a clear conscience. I know that would have been grounds for immediate termination, but I just could not do it. I never considered myself a rebel; I just felt I was standing by my principles. The ad executives had to pass them on to the other Art Director, whose principles weren’t quite as strictly upheld as mine. I think the agency must have seen me as eccentric and tolerated my idiosyncrasies because my design work had won them several Addys, the premier awards in the advertising industry.

My rebelliousness expanded. I also refused to work on any project for a nuclear energy client that they had. I was living an organic vegan lifestyle and could not support the nuclear industry. And, yes, organic and vegan living existed before the Foodie generation.

The agency did a lot of fast food industry work – hamburgers, pizza, chicken, fish. Grudgingly, I did work on those projects. This was long before all the ethical issues with the fast food giants started to manifest. I joked with my co-workers that my healthy lifestyle would not guarantee me a long life, for I would be mowed down one day by a fast food supply truck as retribution.

The agency also had a lot of virtuous clients that balanced out the questionable. There were city and regional arts organizations, charitable organizations, etc. That meant free symphony tickets, riverboat cruises, hot air balloon rides and other activities that made the job enjoyable.

Eventually, I left the agency to start my own graphic design business and, over the years, I’ve worked with many varied clients. Luckily, I never had to accept a client I did not ethically agree with. In politics, I even donate my time and expertise to causes I very much agree with.

I still don’t consider myself a rebel. Ethics and accountability should always guide everyone’s actions and should never have to be things praised for their uniqueness.

Having a Conversation with an Antiquarian Bookseller from 1666 London

Is it crazy to have a conversation with an antiquarian bookseller from 1666 London? Not really, not if you are a writer, or I should say, a historical fiction writer.

The magic begins when that conversation takes on a life of its own, when the writer becomes the observer and the characters take over and direct the conversation and you are taken to places you did not expect. You stop controlling the story. You are there simply to capture what your characters are meant to say or do. You are the stenographer, the court reporter who documents what is said and done.

When all is finally said and done, you can take credit as the writer, but you know in your heart you could never have done it if your characters had not stepped up and taken over. That antiquarian bookseller, that apprentice, that housemaid, that ghost and all the others could have kept their mouths shut and you would have nothing but an empty notebook and a story idea with no story.

I am grateful the antiquarian bookseller from 1666 London and all the others talked with me. They don’t think I’m crazy at all. I look forward to many more surprising conversations with them. 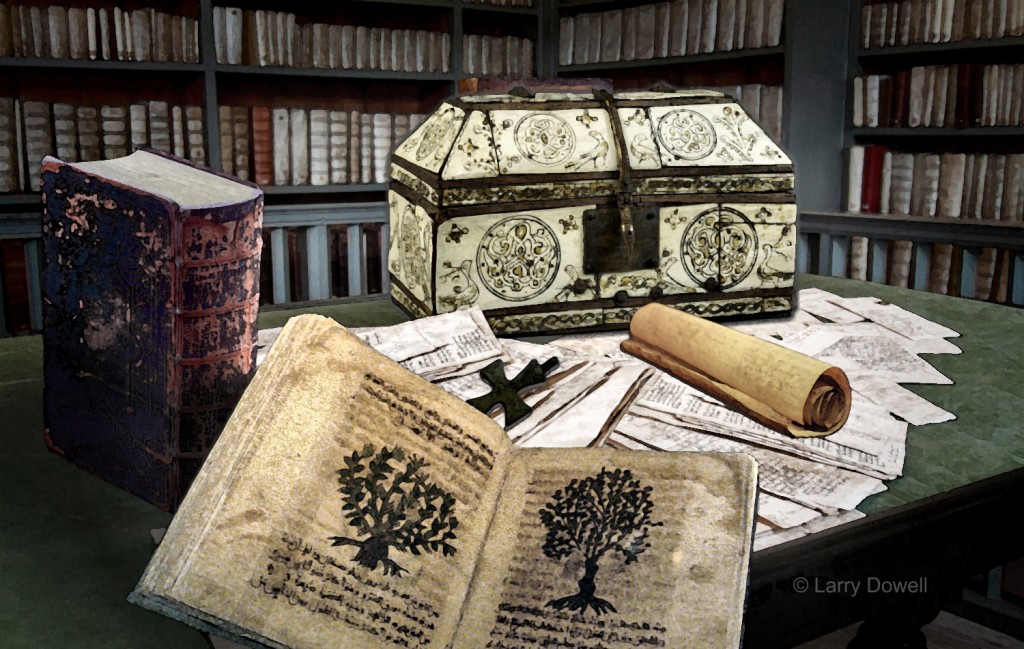 The Past Plays Havoc 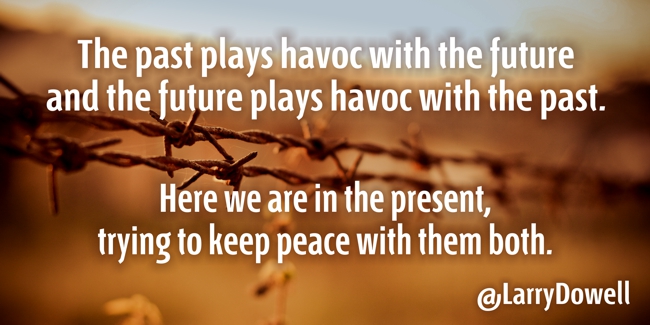 In the Heart of an Industrial Maelstrom

This Labor Day has brought back memories of my first full time job. The summer before I went off to college, I got a factory job to pay for school. It was in an aerosol products factory in Franklin, Kentucky, on a night shift assembly line filling, labeling and packaging products like window cleaner, furniture polish, spray starch, and more exotic things like spray de-icer and penetrating oil. Since everyone took vacations in the summer, I was the fill-in all along the 20 to 30 person assembly line, so I had to learn every job along the line, everything from inserting the sprayer heads with their long plastic tubes to capping the cans to packing the finished product into shipping cartons to stacking pallets of filled cartons. I worked every extra overtime hour I could, even double shifts, to save enough money to get me through the college year. I even took extra hours packing rail freight cars in the July heat.

I came back each summer during college. Having learned every job along the line, I was made assistant line manager and finally manager of my own line. Being susceptible to motion sickness and working on an assembly line with things whizzing by at the rate of hundreds of cans per minute, this job was a challenge. I learned to work by habit, without actually looking down at the assembly line and what my hands were doing. I would stare off across the huge factory, across the many other assembly lines, to the far wall, where everything was stable and unmoving, letting my hands automatically go through the motions of doing the work. It always helped that the people around me chattered away, talking and joking as if they were sitting around the kitchen table and not in the heart of an industrial maelstrom.

In addition to factory work, I’ve done farm work and worked as a janitor. I’ve parked cars in a parking garage. I have the deepest respect for the people who do this kind of work all their lives. And I have the deepest respect for all the unions who have made this and many other kinds of work safer and fought for workers’ fair pay. I celebrate Labor Day for laborers everywhere and the unions that protect them.