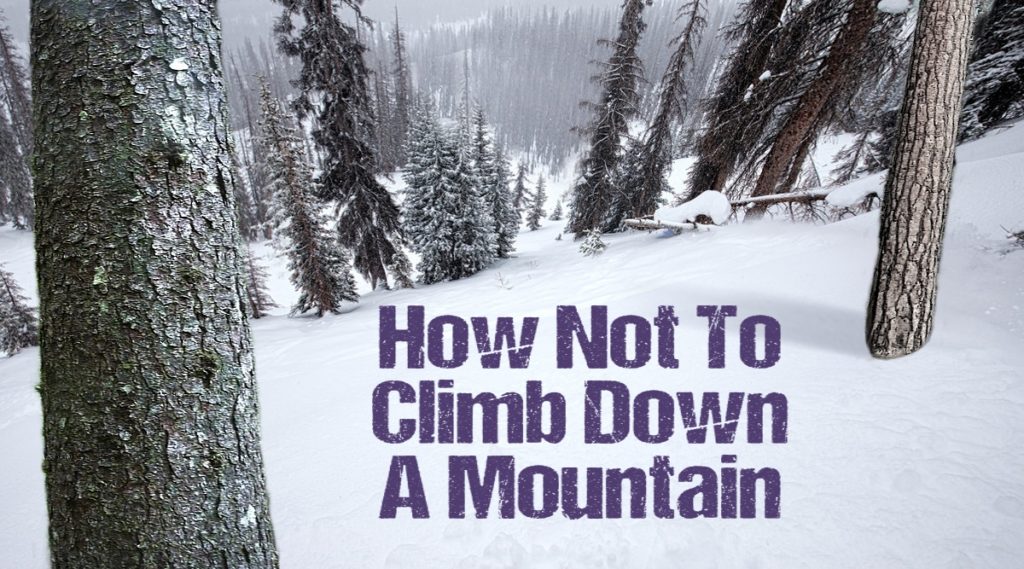 I had wanted to get off the mountain quickly, but not that quickly. In fact, the descent was becoming alarmingly rapid.

It had started out as an exciting outdoor adventure. I had parked my car on top of Wolf Creek Pass in southern Colorado and intended to backpack and camp my way down the mountain over the next ten days. There had been record snowfall the winter before, so six to eight feet of snow still lay on the ground in the middle of July, with temperatures in the mid-seventies.

I hiked until daylight began to fade, looking for a campsite somewhat free of snow to camp for the first night. I found a sheltered area underneath a large fir tree, set up the tent and started a fire. Then the altitude sickness set in.

That was unexpected. Growing up in central Kentucky and living in middle Tennessee, I had no experience with altitudes over several hundred feet. Even the Appalachians’ Clingman’s Dome, at 6,644 feet, was not high enough to inflict that level of agony. Wolf Creek Pass was almost 11,000 feet.

My head ached so much I thought my skull was splitting. I was so nauseous I started vomiting repeatedly. Rehydrating did not help, nor did the aspirin I had brought along. The only solution was to tough it out through the night and get off the mountain at first light.

When morning came, I packed the tent and gear into the backpack, cleaned the campsite and headed in the direction the map showed as the trail down the south face of the mountain. That was relatively pointless, for not only was the trail buried beneath several feet of snow, the snow was so deep that the trail markers were buried as well. The open areas between the trees seemed to be the smoothest way downward, so that was the path I chose.

Instead, I headed straight down, intent on getting off the mountain as fast as possible. I worked cautiously, digging each footstep through the icy crust and into the snow, then testing for stability before shifting weight from one foot to the other.

Still, the inevitable happened. As I made a cautious step, the sixty pound backpack overbalanced me and I fell backwards onto the icy snow. At the same time both feet went up and I started sliding. The heavy pack became a toboggan that held me flat.

I tried to stop the slide by digging into the snow with my hands and feet, but I continued to accelerate. The sliding quickly reached the point where I would either break my legs or launch into an uncontrollable tumble if I didn’t lift them.

Either way, the inevitable result of this freefall would be a deadly crash into a boulder or tree or a deadly plunge off a fast approaching precipice. As my life flashed snowily before my eyes, logic kicked in and I realized that I could somewhat steer the blazing descent by rocking to the left or right. 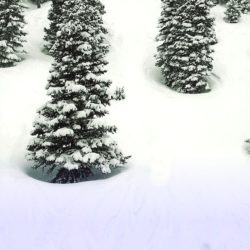 Ahead of me was a small dense fir tree that was like an umbrella, sheltering its base from much of the snowfall. It had a deep protected bowl underneath it. I rocked to the left and used my left hand as a rudder to steer myself in its direction. I flew into the bowl like an eight ball going into a corner pocket, grabbing a limb to halt the momentum.

I sat underneath the tree until the adrenaline rush faded, then resumed my descent. This time, I worked from tree to tree, making sure one was always within reach or directly below me, so that I could slide towards it if I fell again. Eventually the trees thickened into a forest and the descent began to flatten.

I encountered no more dangers, except for the spare tire sized patty of fresh bear crap in the middle of the hiking trail that I stumbled upon when I dropped below the snow line. My camp at the end of the day was in an aspen grove at the edge of an alpine meadow, free of altitude sickness, free of snow and far from the bear.