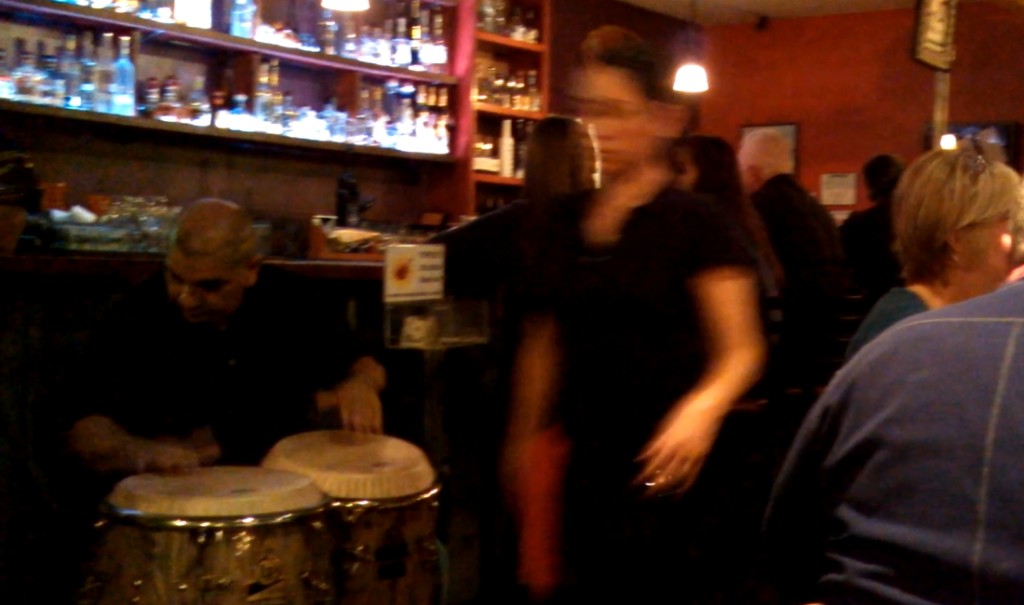 We have stopped at one of our neighborhood restaurants for a late dinner and a break from the latest social media frenzy. The cheerful international chatter at the surrounding tables completely disarms the looming threat of annihilation from terrorism.

The Asian and the Indian techies at the table beside us are fervently discussing gaming, giggling at jokes only gaming nerds would understand. At another table, the beautifully dark hairdresser from Bogota is describing her Arabic grandfather and telling how she misses the mountain scenery where she grew up in Colombia.

Behind us, the middle-aged Michigan father and his African America son-in-law with a Texas twang are discussing the pros and cons of various voice over IP services with surprising excitement, while the daughter sits by with an indulgent smile on her face.

It is Austin and this is our normal. It’s technology flavored with cultural diversity and highlighted with music, art and a quirky sense of humor.

At another table, the master who once worked for Microsoft indulges his young acolytes with tales of his reign there, before he walked away as his way to challenge the system. His tablemates are from all corners of the globe. More laughter and jokes only software developers would understand.

Further over, the Hispanic family with the tired father, the exhausted mother and the beautiful brown-eyed children simply savor the joy of eating out.

Our elegantly tattooed waitress is a jewelry designer and the food runner who brings our plates has the demeanor and the jargon of a musician earning his gas money and his rent.

We see every color of the human rainbow, hear a symphony of accents, watch and listen to a pageant of culture and feel not one second of fear or intimidation. It is simply a South Austin restaurant where people gather to eat and relax and socialize with their fellow Austinites.

I celebrate the cultural diversity we have. I would feel cheated if I only saw people who looked like me, heard voices like my own, and heard them complaining about the weather, the government and any religion that didn’t match their own beliefs. Diversity is what keeps life interesting. Viva la vida de Austin.